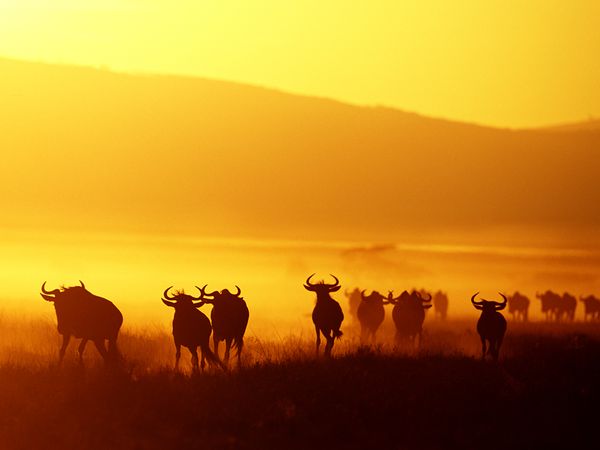 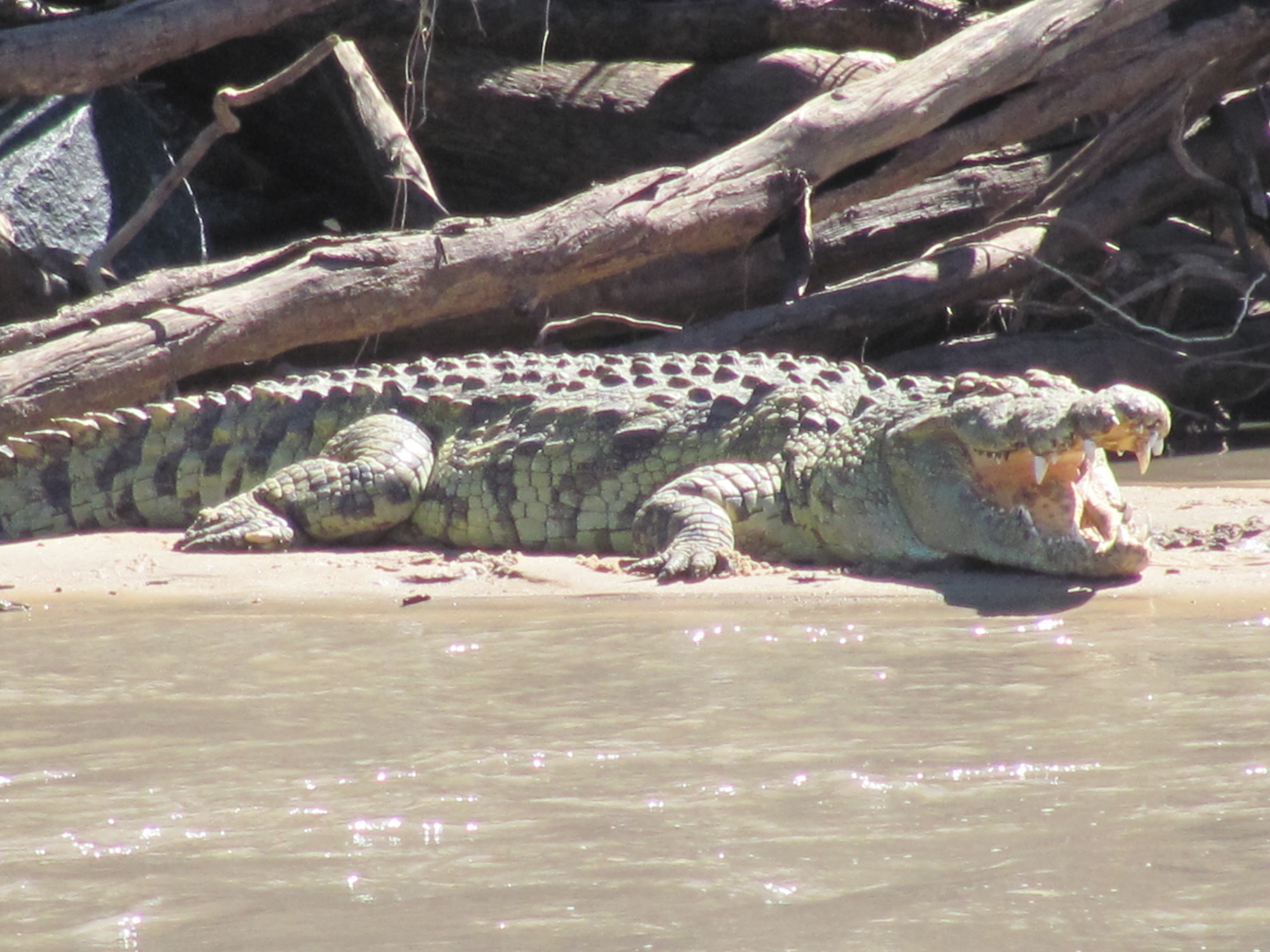 The Nile crocodile (Crocodylus niloticus) is an African crocodile and may be considered the second largest extant reptile in the world, after the saltwater crocodile (Crocodylus porosus). The Nile crocodile is quite widespread throughout Sub-Saharan Africa, occurring mostly in the central, eastern, and southern regions of the continent and lives in different types of aquatic environments such as lakes, rivers and marshlands.Although capable of living in saline environments, this species is rarely found in saltwater, but occasionally inhabits deltas and brackish lakes. The range of this species once stretched northward throughout the Nile, as far north as the Nile delta. On average, the adult male Nile crocodile is between 3.5 and 5 m (11 ft 6 in and 16 ft 5 in) in length and weighs 225 to 750 kg (496 to 1,653 lb). However, specimens exceeding 6.1 m (20 ft 0 in) in length and weighing up to 1,090 kg (2,400 lb) have been recorded. Sexual dimorphism is prevalent, and females are usually about 30% smaller than males. They have thick scaly skin that is heavily armored.

Regional reportage from various areas with large crocodile populations nearby indicate, per district or large village, crocodiles often annually claim about a dozen or more lives per year. Miscellaneous examples of areas in the last few decades with a dozen or more fatal crocodile attacks annually include Korogwe District, Tanzania

The Nile crocodile mostly hunts within the confines of waterways, either attacking aquatic prey or terrestrial animals when they come to the water to drink or to cross. The crocodile mainly hunts land animals by almost fully submerging its body underwater. Occasionally, a crocodile quietly surfaces so that only its eyes (to check positioning) and nostrils are visible, and swims quietly and stealthily towards its mark. The attack is sudden and unpredictable. The crocodile lunges its body out of water in practically the blink of an eye and grasps its prey. On other occasions, more of its head and upper body is visible, especially when the terrestrial prey animal is on higher ground, to get a sense of the direction of the prey item as the top of an embankment or on a tree branch.